Until Doamne Fereste became the first fusion spicy sauce in Romania, there wasn’t much competition in this segment of the market, for its combination of flavors came not from studying the market itself but from observing what was missing from the picture. Doamne Fereste and its products are the result of the right amount of culinary education gathered from many parts of this world and put together with a lot of passion for great taste and visual communication. 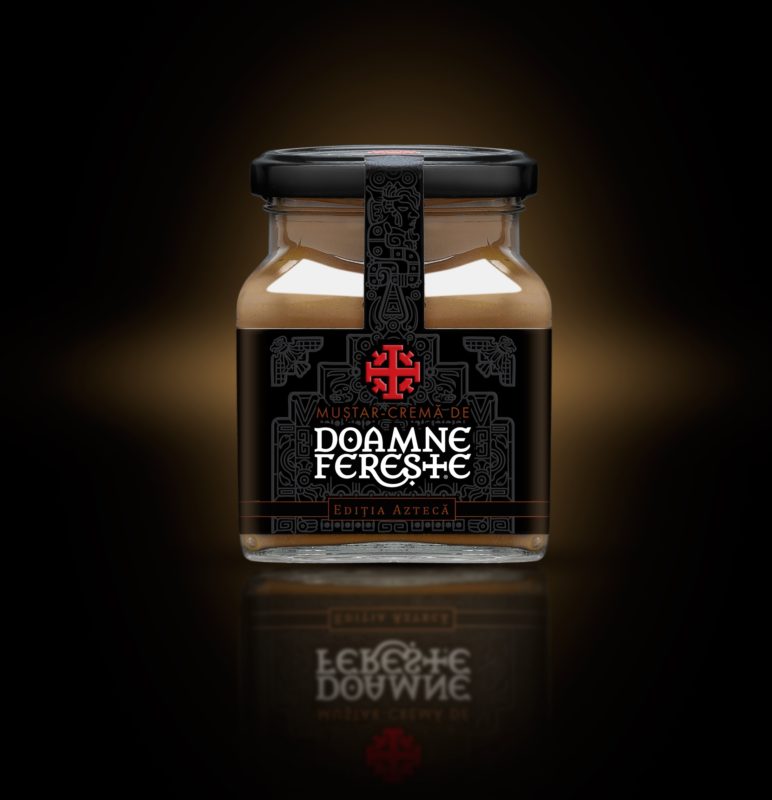 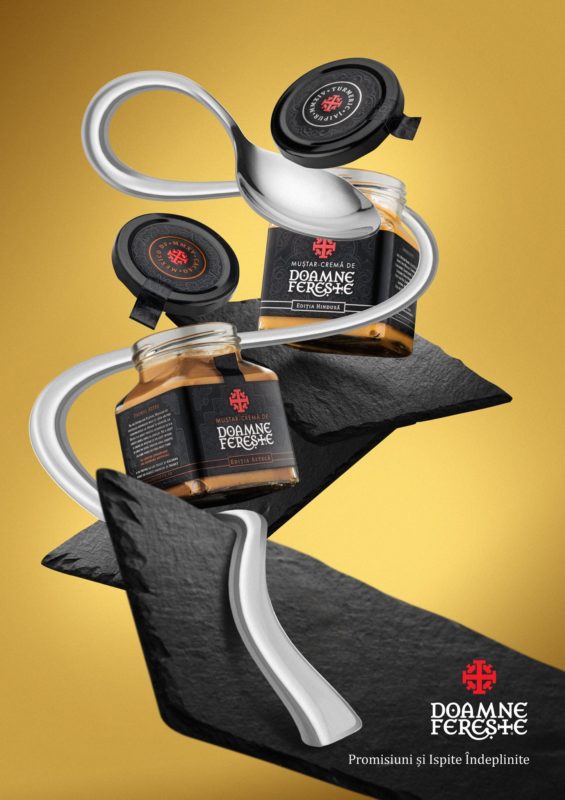 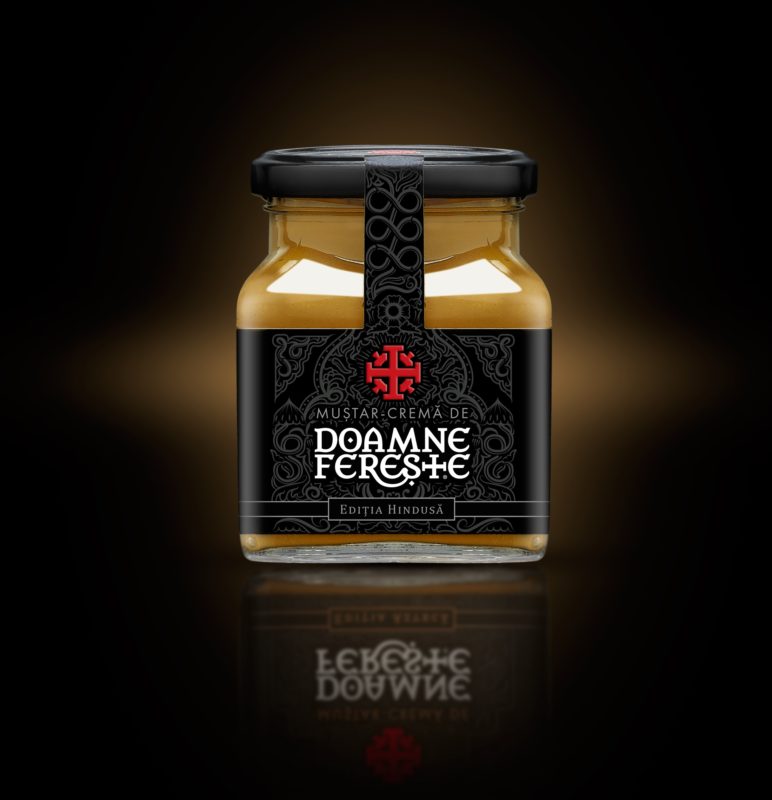 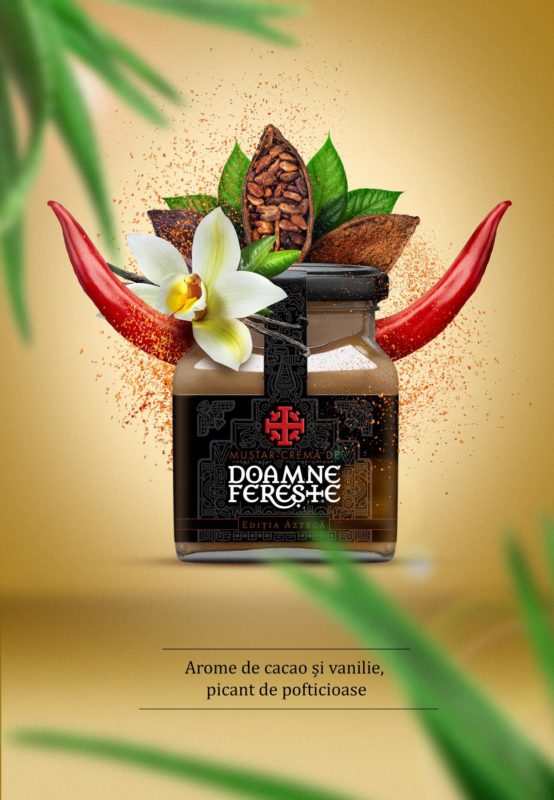 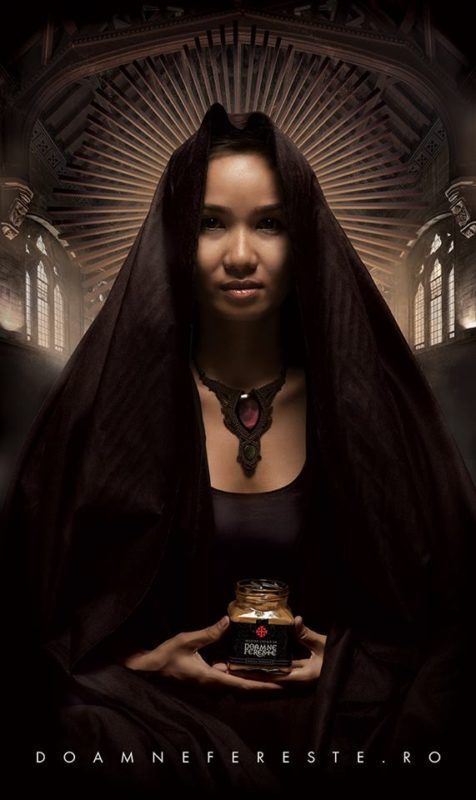 Thai Mary and the spicy temptation

The visual identity and packaging of Doamne Fereste mustard tells a different story every time. The fusion concept found in the recipe was transformed into visual representations of the culture it illustrates. For example, The Aztec edition of the Doamne Fereste cream-mustard contains a synthesis of symbols and embellishments found in the Aztec culture. On the other hand, The Hindu edition, the first from the soon-to-be three part series of cream-mustard, represents a summary of both gustatory and visual elements of the Hindu culture.

Our mustard jars have become a statement of the brand, the cube shape being a continuation of the square-ish logo, alongside with the Aztec/Hindu elements we combined on their labels.